Heaven Lodge opened its doors in 1990.

For the first two or three years, we were known as The Cheese Farm. By 1994 we were gaining an African-wide reputation as one of the grooviest backpackers going.

This was consolidated throughout the ’90s as Chimanimani’s popularity grew. International Arts festivals were held in the village and Heaven lodge became a melting pot of nations under one roof. Chimanimani could easily lay claim to being the friendliest place in all of Zimbabwe.  Great times.

During the Noughties the political environment created difficulties, but we never closed. As tourism recovered throughout the 2010’s we started the process of renovating a now, very dilapidated lodge. Our regular clients started to come back: occasional backpackers, from Japan or Europe, the US or Australasia. Lots of campers and 4WDers from South Africa, groups of bikers and overland trucks, and Zimbabwean families. The grounds flourished. The future beckoned.

In 2018 a mysterious fire destroyed the manager’s residence which had been earmarked for the future expansion of guest facilities. Much worse was to come.

In March 2019 we faced a man-made natural disaster: Cyclone Idai. When night came after a day of torrential rain, the mountain above us gave way and a massive wave of water carrying trees and rocks, following the natural contour of the stream bed, struck the back of the lodge. The water, reaching 6 feet in height destroyed our laundry, the ablution block to the right, and the double bedroom en-suite (aptly named the Stream Suite) on the left. The debris from these structures as they were destroyed added to the assault on the main lodge building and tore the side right off. Two four-bed dorms and two double rooms were then taken with the rest of the debris. And in its passing the water carved out a four-meter deep and five-meter wide gorge, changing the Lodge landscape forever.

There were no fatalities at the lodge, but in the Chimanimani area over 1000 people lost their lives. 150 of them in the nearby Ngangu township. We consider ourselves fortunate.

As morning dawned the full extent of the damage to the lodge became apparent. Apart from the debris, uprooted trees, and boulders, there was mud everywhere a meter deep inside the lodge. Windows were broken, doors missing, door frames buckled and still, it rained. You can view the images of these early days in our Cyclone Idai gallery (click here).

A massive recovery effort began and the priority was to clear the lodge of the mud. We tried diverting water from the stream to flush it out but this had little impact and ultimately it had to be dug out with shovels. Inch by inch we reclaimed the space. Water pipes, septic tanks, electrical wiring were all ripped apart and had to be replaced. And the debris, some it found near the bottom of the plot, was removed by hand or by wheelbarrow. Whole sections of wall had to be broken up with hammers to be removed. It was a Herculean task that nearly everyone (they know and we know) at Heaven Lodge embraced and worked hard to achieve.

After the fire and the flood came the plague. Covid and the lockdowns struck just as we were starting to recover. And with the lockdowns business ground to a halt. Yet more misfortune, but in this case, the whole world was in the same boat. Again, Heaven Lodge endured this terrible economic downturn and so it passed.

Here we are now in November 2022, alive and surviving in a typically stoic Zimbabwean way. The lodge grounds are looking wonderful with numerous prime camping spots. And the gorge, such a scar on the landscape when first inflicted, has gradually filled with new vegetation and started to blend in with the rest of the new trees, shrubs, and bushes that have opportunistically seeded in that once barren landscape.

We have just done a major refresh of the lodge buildings along with some much-needed improvements. We’ve introduced a fabulous new retro Heaven logo which was inspired by our t-shirt designs from the 90s. Retro is in! And we have a brand new website too. As much as we enjoy looking back to those glory days, we are more focused on looking forward.

Question: if you have ever stayed at Heaven Lodge at any time in our history, we would love to hear from you. If you have stories to tell and photographs to share, please do. With your permission we’ll add them to this website and share them on Facebook. 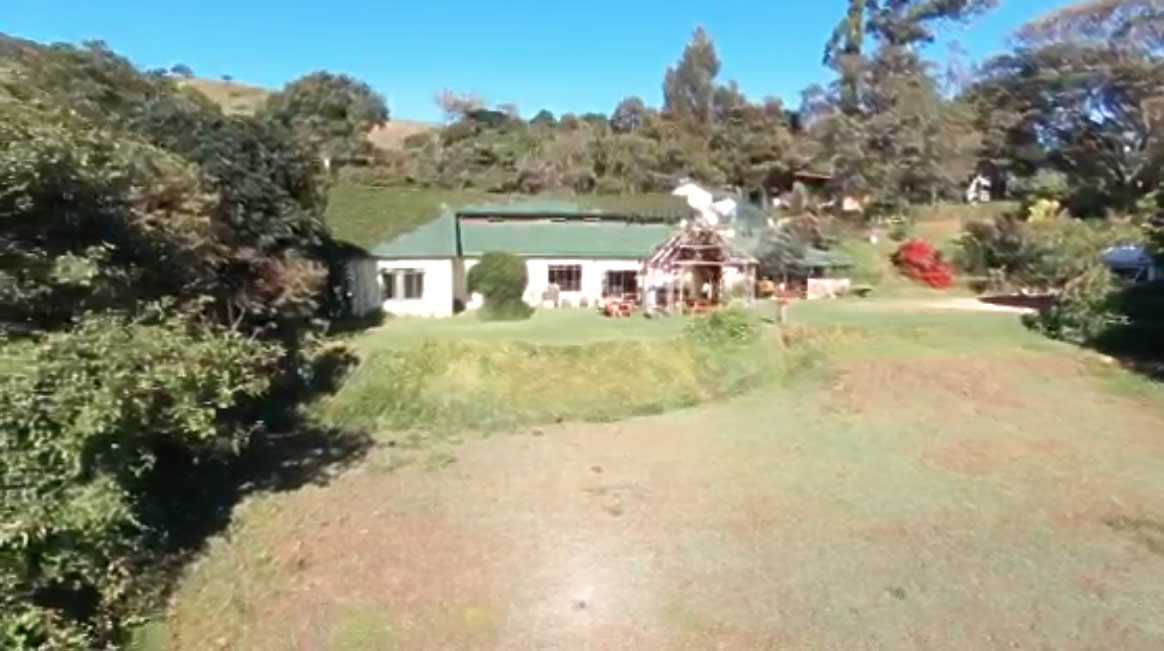 Thank you Laurent for sending us these drone videos...